What is a Wedding Celebrant?

Congratulations on your engagement! By now, you are probably spending the better part of each day planning everything about your big day – from sending the wedding invitations to planning the food service at the reception. But before you start getting into the gritty details your wedding, one of the most important things to decide on is who is going to perform the ceremony.

It’s an easy question to dismiss, as you may have already assumed that a priest would do the honours. But there are a multitude of other options if you don’t want to go the traditional route.

You’ve already heard of Priests and Registrars, but what about Celebrants? There are several different types of celebrant to choose from, including Independent, Civil or Humanist Celebrants.

These lesser known officiates can both lead important events, like your own wedding, and can take on a vastly different role to a Priest or Registrar. They may even help to shape your wedding into something entirely different, something that’s far more reflective of your union as partners.

So, before you make any final confirmations, why not take a look at what a Wedding Celebrant is, and what they can help you do with your wedding? 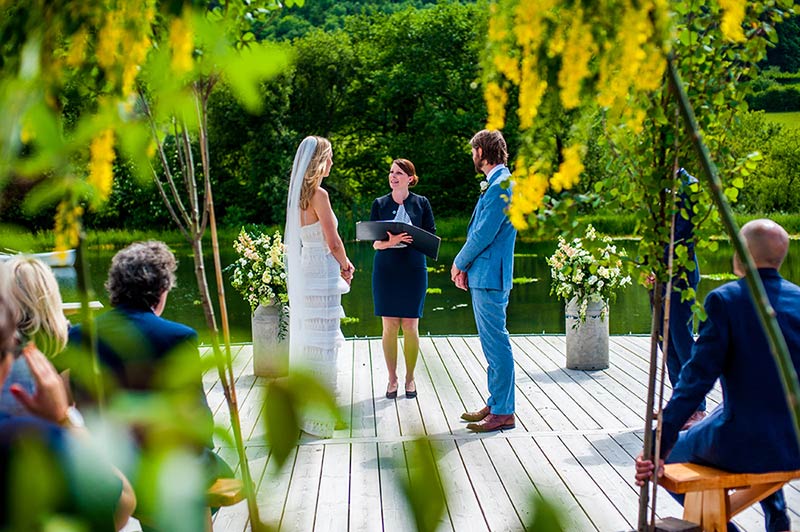 How Does A Wedding Celebrant Differ From Other Officiants?

Simply put, a Wedding Celebrant is a person who performs and officiates formal ceremonies. Although they are commonly seen in weddings, they can also conduct other ceremonies like vow renewals, baby naming, and funeral rites.

What's the difference between a Wedding Celebrant and a Priest?

There are a few key differences between Celebrants and Priests, the biggest difference being that the former is not a member of the clergy. While the priest receives formal training to perform ceremonies, a celebrant participates in seminars and conferences as dictated by his or her country’s celebrant organization. A more important difference for your wedding however, is that whereas a priest is bound by the religious conventions and rites of their faith, a Celebrant can tailor the wedding to your own specifications, pulling in a number of themes, ceremonies and concepts as you’d like.

There are, also, similarities between the two. Just like a Priest, a Celebrant can be as involved, if not more so, with the entire planning process of the ceremony. From planning the structure of the ceremony, double checking the vows - even offering informal counselling.

What's the difference between a Wedding Celebrants and a Registrar?

Registrars are allowed by law to officiate a wedding via civil ceremony. Meaning that the ceremony is purely secular, with no religious tones whatsoever. The Registrar is then in charge of processing and approving the couple’s marriage license, with the wedding ceremony acting as a formality after the legalities are taken cared of.

A wedding Celebrant can assist and guide the couple in completing the necessary requirements for the marriage license, although they do not have the authority to approve it. Celebrants can however offer more guidance in planning, and officiate a far more bespoke ceremony.

What's the difference between a Wedding Celebrants and a Humanist?

The biggest difference between the two is that Humanists don’t believe in wedding traditions, superstitions and religions, while Celebrants simply don’t like favoring one wedding path over the other – they usually embrace different religions, wedding practices and traditions, as long as it’s what the couple wants.

Because the role, certification and job description of a wedding Celebrant can be vague, or because some people simply haven’t heard of them, there is a little confusion as to whether the ceremonies they perform are legally binding.

However, that shouldn’t be something to stop you from considering a Celebrant to officiate your wedding ceremony. As, actually, it’s not the ceremony that makes the wedding legal - some couples are already even technically married before the ceremony begins, and use the wedding rites as more of a celebratory event, than anything else.

After all, there’s no rule that the wedding certificate can only be signed after the ceremony, it can even be signed even before you slip into your gown or suit.

In this sense, it doesn’t matter if the person officiating your wedding is not a member of the clergy or the civil office. Your wedding will still be valid and legal as long as you have a marriage license and a signed marriage certificate.

What does matter, is that your ceremony is everything that you and your partner wanted it to be. With a Celebrant, you can specify and tailor your wedding ceremony until it is the perfect representation of your love as a couple. 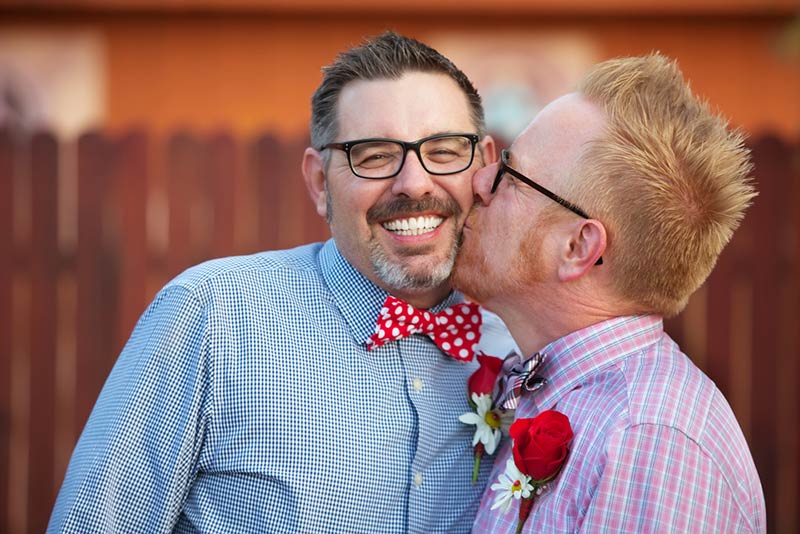 Why Should You Use Wedding Celebrants?

Gone are the days when weddings are done by the book and each ceremony looks similar to the next one. A wedding Celebrant will not only ensure that your wedding runs smoothly from the paperwork to the actual ceremony, they will guarantee that the experience and memories that the event will impart upon you and your guests will surely be one of a kind.

Find a wedding celebrant ›
Next guide What is the difference between a Humanist and a Celebrant?